Our Methodist Beliefs and History 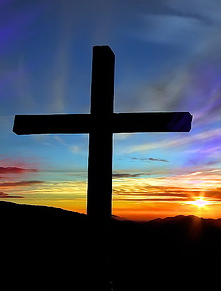 Salvation is the assurance of being saved from our sins and the consequences of sin because we have given our lives to Jesus Christ.  According to Romans 10:9-13.  “That if thou shalt confess with thy mouth the Lord Jesus, and shalt believe in thine heart that God hath raised him from the dead, thou shalt be saved…..For whoever shall call on the name of the Lord shall be saved.”  We obtain salvation by believing in Jesus’ sacrifice on the cross for our sins and his resurrection and victory over death, and by giving and living our lives in obedience to Christ through the power of the Holy Spirit.

Mercy is unearned pardon that we receive from God, who forgives our sins.

Grace is God’s unmerited, unearned favor towards us.  In the Old Testament this is called loving-kindness, which is articulated by King David in Psalm 51:1 when he prayed, “Have mercy upon me O God, according to thy loving-kindness; according to the multitude of thy tender mercies, blot out my transgression.” Ephesians 2:8-9 says “For by grace are ye saved through faith, and that not of yourselves.  It is the gift of God, not of works lest any man should boast.”

a. Prevenient Grace:  God’s favor toward us before we acknowledge Jesus as savior.  Prevenient grace leads us to the place where we want to please God.  It gives us our first glimmer of understanding concerning God’s will, and our first conviction of having sinned against God.

b. Justifying Grace:  We believe God reaches out to repentant believers in justifying grace with accepting and pardoning love.  Wesleyan theology stresses that a decisive change in the human heart can and does occur under the prompting of grace and guidance of the Holy Spirit.  In short, justifying grace occurs when we accept Jesus as our savior and Lord.  Upon accepting Jesus, we receive mercy and are pardoned from our iniquities.  We are justified by grace, as if we have done no wrong.

c. Sanctifying Grace:  We hold that the wonder of God’s acceptance and pardon does not end God’s saving work, which continues to nurture our growth in grace.  Through the power of the Holy Spirit we are enabled to increase in our knowledge and love of God, and in our love for our neighbors. New birth is the first step in this process of sanctification.  Sanctifying grace draws us toward the gift of Christian perfection.  Upon our accepting Jesus as Lord, the Holy Spirit leads and helps us to live righteously.  First of all, the Holy Spirit helps us discern between unrighteousness (sin) and righteousness (being right in God’s eyes).  The Holy Spirit then helps us to live righteously.  This is an ongoing process, which is initiated when we give our lives to Jesus, until we go to be with The Lord forever.

d. Perfecting Grace:  We grow in grace.  Like our walk with the Lord, our knowledge of perfection is ongoing.  As we become more knowledgeable, enlightened, about the way of the Lord, if we truly embrace the ways of Jesus, we will be driven to implement the ways of Jesus into our lives.  This implies that we will become more involved in ministering to people the same way Jesus did.

The chief apostle of Methodism referred to this as social holiness.  Essentially, social holiness means that there is no such thing as holiness without participating in eradicating or alleviating pain, suffering  and injustice in the world, especially among those who struggle for wholeness.  In Matthew 25:32-46, Jesus lifted up six world struggles we are to help with: 1. Feed the hungry;  2. Give water to the thirsty; 3. Cloth the naked;  4. Help the homeless;  5. Visit the sick; and 6. Visit those in prison.

John Wesley is unquestionably the chief apostle of Methodism.  John (1703-1791) and his brother Charles (1707-1791) were reared in The Church of England.  John became a preacher, and Charles became a song writer.  In March 1736 they arrived in Georgia as missionaries.  It was the only time they visited America.  The trip was unsuccessful and they both returned to England, Charles in 1736 and John in 1738.

As young men, John and Charles attended Oxford University.  Being earnest Christians, they and some colleagues at Oxford organized a group and formed a covenant to hold one another accountable to the practice of their faith.  The group met weekly and was known as the Holy Club.  It would eventually serve as a model for a ministry that is a major influence in the world today, Covenant Discipleship Groups.

Through their covenant discipleship group, these young men held each other accountable to the faith.  Their covenant consisted of: deeds of piety and deeds of compassion.

These young men were very methodical about their faith, and it was never their intent to develop a new denomination.  However, as they matured in their faith, and others embraced their model for ministry, a new methodical movement and discipline emerged, which became known as Methodism.

The Wesley brothers had transforming religious experiences in May 1738.  In the following years, they succeeded in leading a lively revival movement in The Church of England.  As the Methodist movement grew, it became apparent that their ministry would spread to the American Colonies.

Organized Methodism in America began as a lay movement.  Among its earliest leaders were Robert Strawbridge, a Maryland farmer, and Capt. Thomas Webb of Philadelphia.  In 1769 John Wesley sent Richard Boardman and Joseph Pilmore to strengthen the movement in the colonies.  In 1771 he sent Richard Wright and Frances Asbury to undergird American Methodism.  Asbury became the most prominent figure in American Methodism.  His energetic devotion to the principles of Wesleyan theology, ministry, and organization shaped Methodism in this country in a way unmatched by any other individual.

Some things we believe as Methodists:
a.  We believe in the Trinity:  There is only one God, eternally existent in three persons, God the Father, God the Son and God the Holy Spirit.
b. The Wesleyan Quadrilateral Theory:  All of us bring three things with us as we seek to understand Scripture.  We bring our experiences, our faith traditions and our reasoning capabilities.  Our experiences are the things we have lived through.  Our traditions are the rituals and habits we are taught, which we inherit.  Our reasoning is how we rationalize.  Our experiences, traditions and reasoning abilities are the lenses through which we view and interpret Scripture.